Had another rural binocular tour on Tuesday night. Mars was looking pretty heading north between the Pleiades and Hyades (pictured with my Canon 750DSLR), and asteroid Vesta still very visible in Leo, heading north-east. Leo high and bright at the moment. Saw the delightful run of open clusters M35, M36, M37 and M38 very clearly, the seeing was great, though it was crisp and windy. Also saw the small cluster NGC 1907 under M36. The Orion nebula (M42) was very prominent this night, with nebulosity extended well even in the 10X50’s.
Underneath Sirius the Little Beehive M41 very pretty, and over to the left of Sirius the open clusters M46 and M47 were small and compact, nowhere near as rewarding as the Little Beehive.The actual Beehive open cluster (Praesepe, M44), was an easy naked-eye object, displaying a pool of ‘mist’ in Cancer, and glorious through the bins, like scattered diamonds against the inky black sky.The smaller cluster M67 (underneath, to the left). also found. It’s quite small in comparison to Praesepe. O’Meara’s Messier objects book gives a distance of 2,600 light years away for M67, compared to Praesepe’s mere 577 light years. So little wonder there.
Nice object though.The night’s excellent seeing was evidenced further by a binocular sighting of Bode’s Galaxy (M81) in Ursa Major, almost overhead by 11pm. Its ‘companion’ galaxy (M82), couldn’t be confirmed. The double cluster and Perseus star field superb, (NGC 869 and NGC 884), and upwards towards the left that ‘cluster’ I keep seeing that doesn’t seem to a a designation or even asterism name. More research needed. Failures this night include Galaxy M51, Supernova remnant M1 (yet again!) and the Leo triplet. Leo was in a quite bright part of the sky, to be fair. On retuning home I did a comparison and found I could actually see M36 from Chapel Ash with the 10×50’s, but not M38. With the magnitudes of 6 and 6.4 respectively, that looks to be a pretty good barometer for limiting magnitude for an open cluster under a moonless city sky with good seeing. 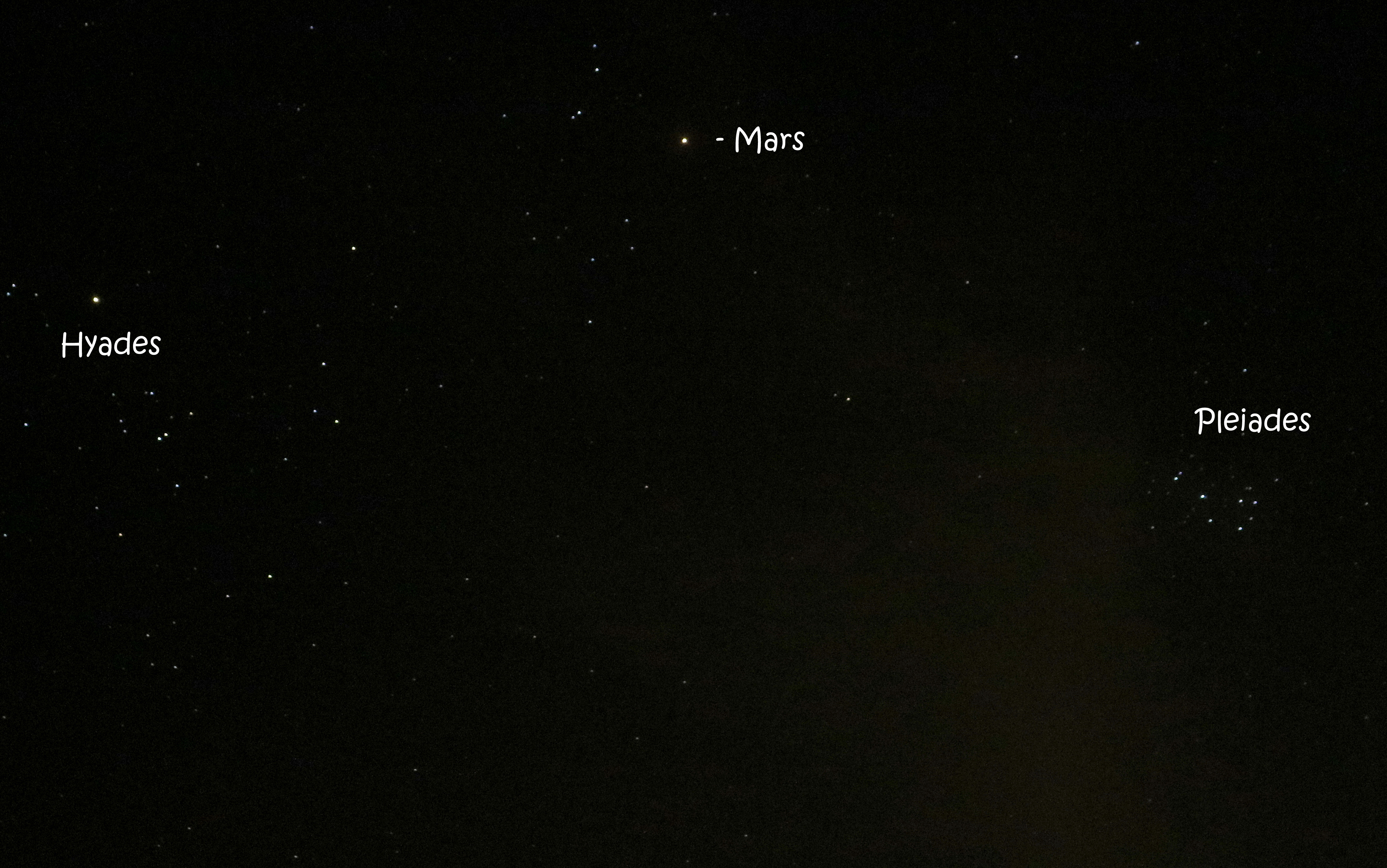