I don’t really know why I’ve not been writing up stuff in my blog. I’ve still been as active in my hobby, I just seem to have lost the impulse to enter up observations here. I’ll try and make some entries while we’re on the virus lockdown, and post-date them.
But the big show this week has been Venus and the open cluster ‘meeting’ in the west. We’ve had three clear nights, so I’ve got three photos to show its apparent journey. 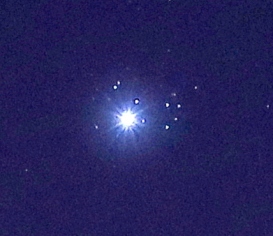 First up is its ‘closest approach’, which was Friday 3th. It was a superb sight through my 10×50 Opticroms. Quite a few people I know also got to see it. The following two nights saw the planet move to the north-west of the cluster. Obviously these directions are just line-of sight effects seen from Earth.
Here’s a couple of photos from Sunday and Monday, (which was last might). If I get another photo tonight I may try and make a composite image. We’re looking at a couple of seconds exposure, 5.6f stop and 400 or 800 ASA on these babies.
So the following shots are Saturday 4th April and Sunday 5th April. 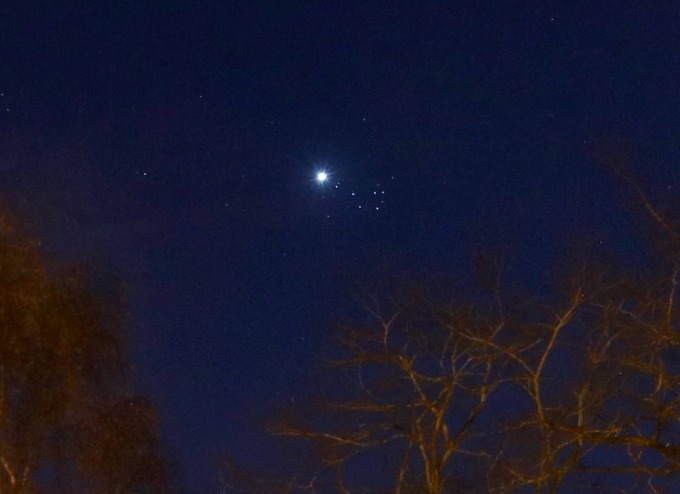 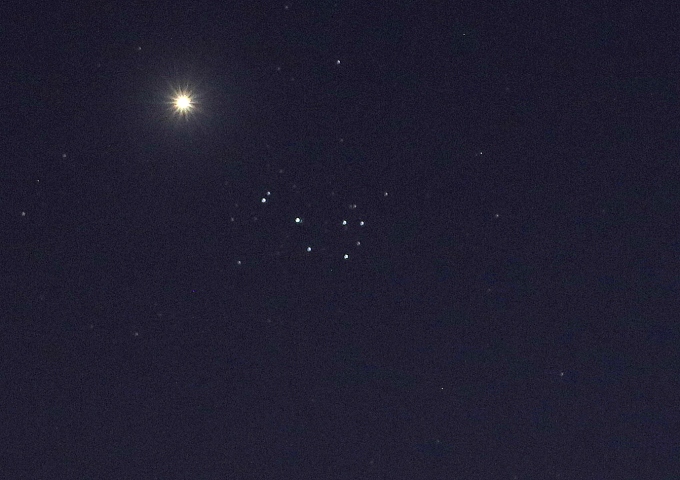